On Windows keyboard layouts for minority languages in Russia 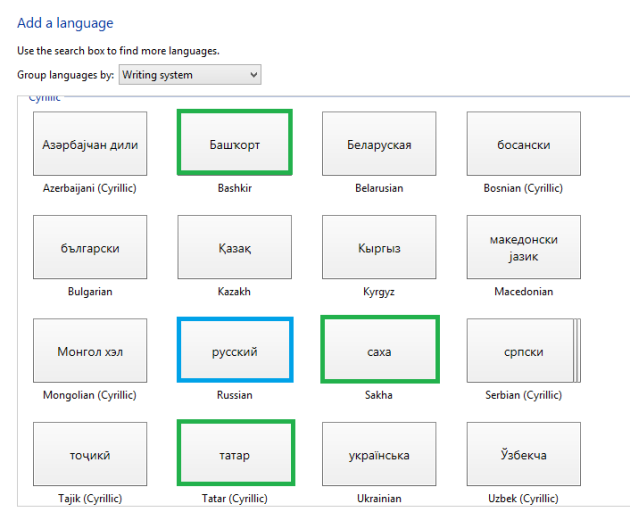 I can’t write in Chuvash in Windows 8 (and all the previous Windows releases). Chuvash is a minority language in Russian Federation. In this blog post I want to summarize the status of the keyboard layout support of the minority languages of Russia and find a way to improve this situation.

There are thousands of languages. Of course it is hard to support them all. As per 2012-02-21 Windows 8 supports 109 (!) languages. In december 2012 the support for Cheerokee language was added.

In Windows 8, when you go to Language preferences – Add a language, you’ll get “a language”. Behind this general word there are three parts which have to be distinguished in this post:

This blog post is about the keyboard layouts, the easiest part of the “language” support in an operating system.

There are 160 ethnic groups in Russia speaking over 100 minority languages. The most of ethnic groups ar so called stateless nations meaning there is no main country for this nation (e.g. Sami people in Sweden, but not Germans in the USA).

Allmost all of the minority languages of stateless nations use the Cyrillic alphabet (often with additional letters). So it makes it pretty simple to see how many languages are supported in Windows 8. Just Go to the Language preferences -> Add a language and group them by writing system. See the screenshot above. There are only three minority keyboard layouts which are supported:

The funny thing is that all the three are Turkic languages.
There are two additional language keyboard layouts which are implicitly supported:

These two languages (which are co-official languages in the republic of Mordovia) don’t use any additional letters. That’s it. So they can write using only the standard Russian keyboard layout.

Just a little comparison. In Linux distributions there are more minority languages from Russian Federation represented. The supported ones can be found in the /usr/share/X11/xkb/symbols/ru file:

All these keyboard layouts were added by the community. I personally sent the Chuvash and Kalmyk fragments of that file to Sergey Udaltsov who created patch files and pushed it to freedesktop. 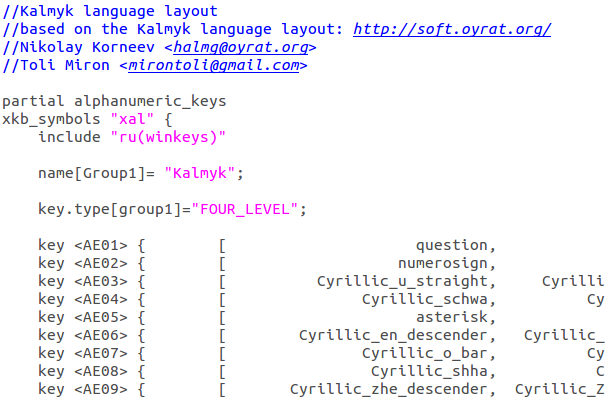 The tatars can type all their additional letters in touch mode as well. 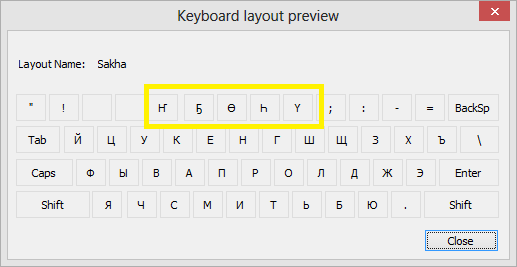 And what about the virtual touch keyboard layout for Sakha language?

As you can see there are no keys for the additional letters for Sakha language (ҕ ҥ ө һ).

Many minority languages of Russian Federation (the most of them already endangered) miss the native keyboard layout support in Microsoft Windows 8 and Windows 7. Windows is a prevalent operating system in Russia. The support for minority language keyboard layout would help people to use their languages and give more chances for languages to survive. For now there are only 3 languages (besides Russian and implicitly some others like Moksha and Erzya) which are supported in Windows 8 with a physical keyboard: Tatar, Bashkir and Sakha. And only one of them (!) works even in touch mode: Tatar.

The purpose of this post is only to identify the status for Russian Federation minority language keyboard layout support in Windows 8. Microsoft Local Language Program (LLP) seems very promising. I hope we will see more languages of Russia and other countries available in “Add language” menu in Microsoft Windows 8.

After I wrote this post I discovered some additional letters available when you long-tap the buttons on the virtual keyboard. Here is an excerpt from the Microsoft Blog about the “press-and-hold”-letters:

There is an interesting counter example in press-and-hold behavior. On a physical keyboard, when you press and hold a character, it repeats. On our touch keyboard when you press and hold, we show alternate characters or symbols. This is something a touch keyboard can do well and a physical keyboard can’t. If you don’t know the specific key combination to show ñ or é or š, for example, it’s painful to type on a physical keyboard. It’s easy to find on the touch keyboard. Practically no one has complained about this departure from convention. We built on it, in fact. You might discover that you can simply swipe from a key in the direction of the secondary key, and that character will be entered, without an explicit selection from the menu. So if you use accented characters a lot, you can get pretty fast with this.

I appreciate this. Here come all the letters I found in the Russian keyboard layout:

Here is the full list of the Cyrillic additional letters:

Here we have four fully functional language keyboard layouts if you are okay with long-tapping:

Bashkir and Sakha, I suppose, were considered whilst designing the keyboard layout, and Tuvan and Buryat language letters only happen to be within the Bashkir and Sakha letters range.

Tatar letters aren’t complete in the standard Russian keyboard layout, the reason for that must be, as I mentioned above, the full functional virtual keyboard for Tatar (where is no need for long-tapping).

There is another language which contains all the letters through long-tapping. Kazakh is absolutely a minority language of Russia, but it doesn’t represent a stateless nation.

Long-tapping technique could be a solution for many minority languages of Russia:

Windows 8: shutdown button on your start and desktop 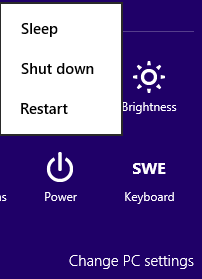 If you think that “Go to corner” -> Settings -> Power -> Shut down are three steps to much if you just want to shutdown your Windows 8 machine, than do as I did: create a shortcut on you desktop and a tile on your start screen.

Create a shortcut as usual: 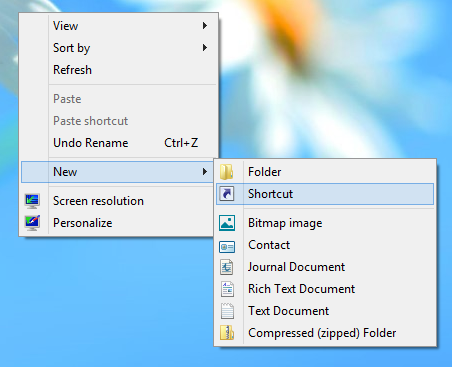 Write in the location field: 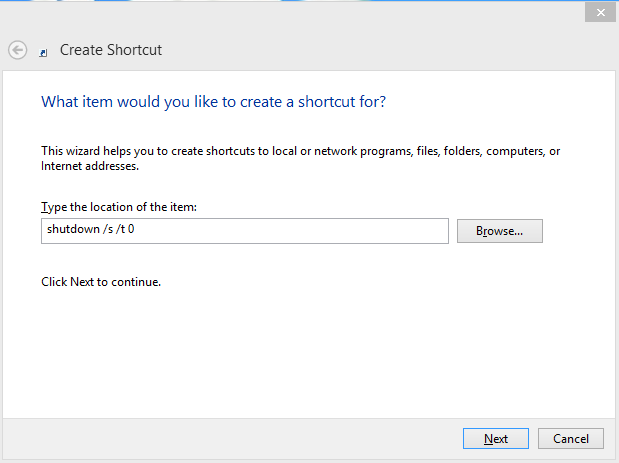 Name it something, why not “shutdown”? 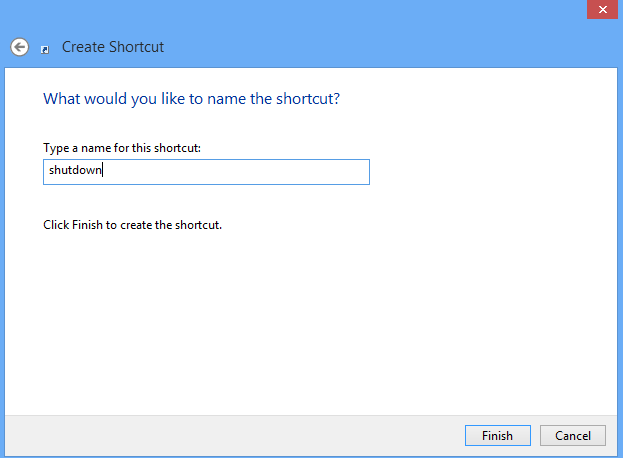 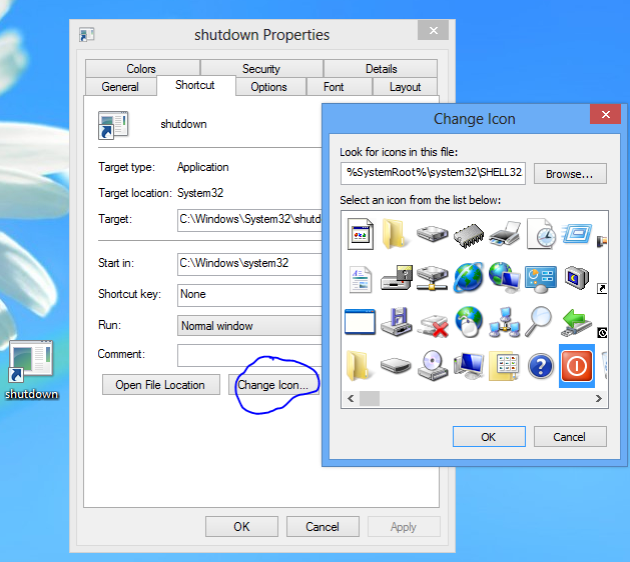 There it is. Now we can pin it to Start: 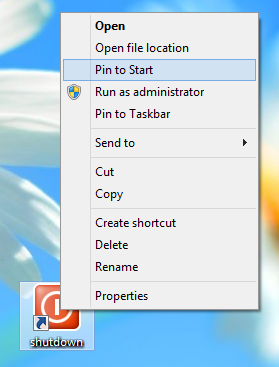 Done. Now, if you want to shutdown, you have to click only once: 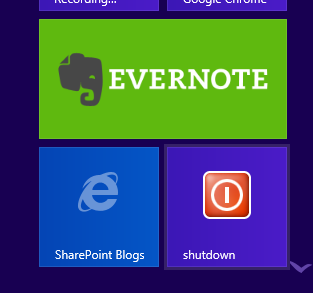 Develop for SharePoint on Windows 8

Do you like Windows 8 user expirience, as me? Well than you want to try developing sharepoint solutions in Windows 8. Here I will show what I found out.

I installed Windows 8 Release Preview as a VMWare machine. Then I installed Visual Studio 2012 RC. Then I followed the steps for installing SharePoint on Windows 8 which are more or less the same as for Windows 7 client install. But then I encountered an error I haven’t found solution for yet. In my standalone sharepoint installation there were some permission problems:

Failed to create the configuration database.

An exception of type System.Data.SqlClient.SqlException was thrown. Additional information:
Cannot find the object ‘proc_putDeletedSiteMap’,because it does not exist or you do not have permission. 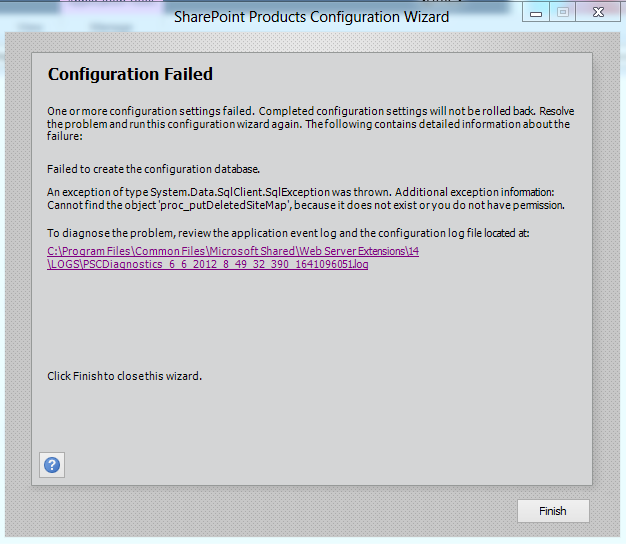 In a meanwhile I tried to just to use Andrew Connell’s trick: to copy sharepoint dlls to GAC and the 14 folder. To extract the sharepoint dlls, you can use a script from sharepoint tech blog:

Then copy the dlls to gac with gacutil.

This plan B works, but with one shortcoming: you can’t debug, neither you can create new sharepoint solutions, you’ll get an error: “SharePoint Not Installed”.

What you have to do is to open an existing sharepoint solution. And you can build it and publish. After I opened an existing solution in Windows 8, I could create new solutions as well :). 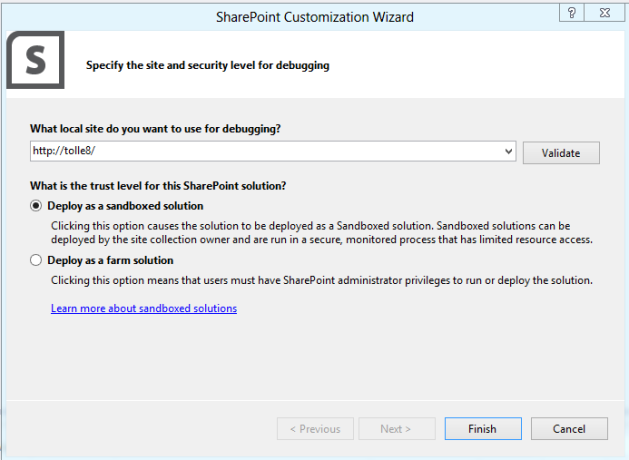 The most awesome feature in Visual Studio 2012 is the ability to publish your projects: 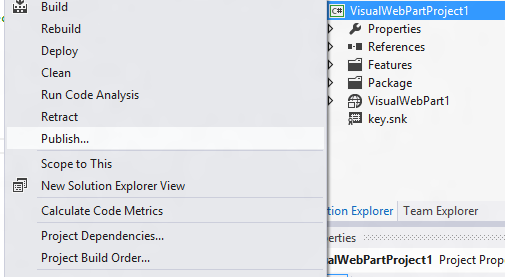 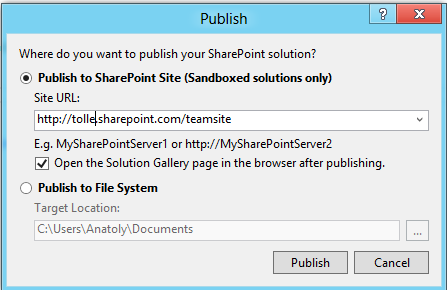 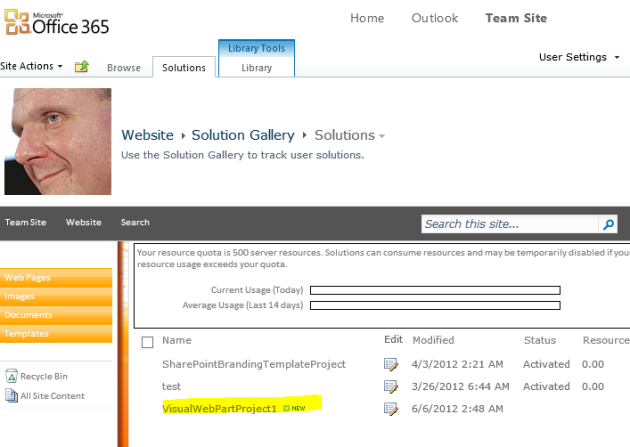 At work I am an IT Architect and Developer at Skanska working mostly for better collaboration, IT security and smart and future-proof systems.

At home I am a millenial, grown up without computers or consoles, drawn to the technology, I love discovering the tech with my kids, I love raspberry Pi, microbit and python.

In my spare time I also try to help the language and the community of Chuvash, its representation on the Internet, keyboard layouts, localizations, translations etc.

And going crazy doing it

Me and My doings!

The Vision for a Future of Clarity